Power Apps Guide
A long-awaited feature is the ability to create user defined functions. At present, the only practical way to reuse complex formulas is to copy and paste the formula throughout all the places where we want to use it.
If we want to apply a fix that affects all instances of a formula, it can be very difficult, especially given that there isn't a a find and replace feature in Power Apps Studio.
The great news is the 'user defined functions' feature is now in preview. In this post, we’ll walk through an example of how to define a user defined function, and we'll examine some of the current limitations. 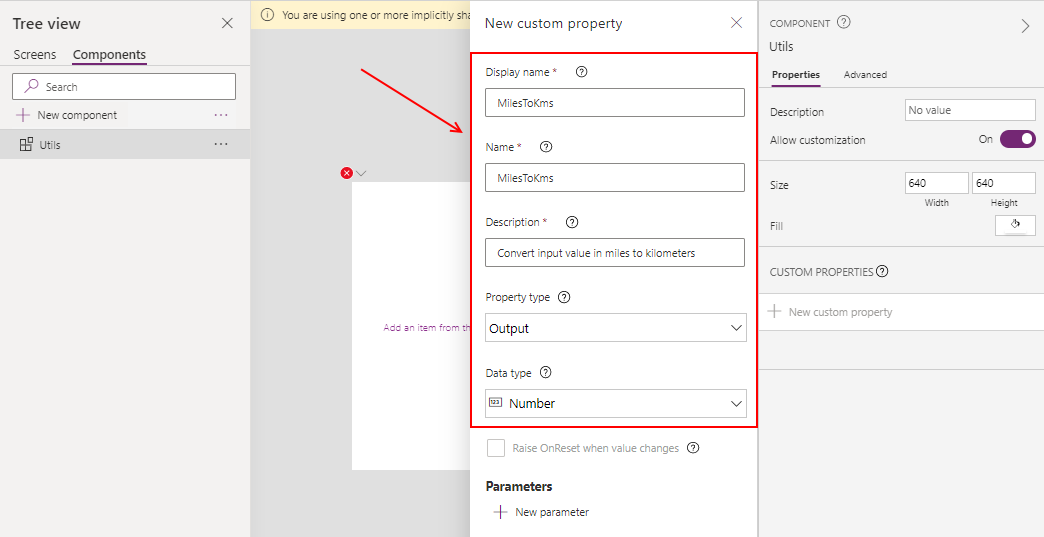 The definition of our function includes an input parameter called inputMiles. To define this, we click the 'new parameter' option from within the MilesToKMs output. 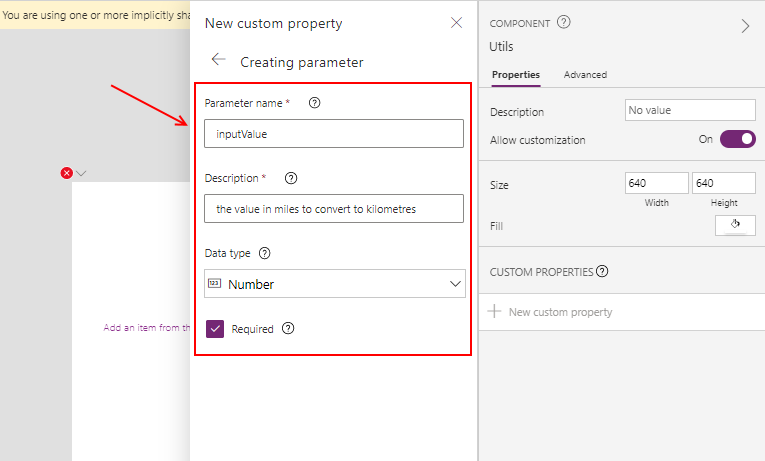 To define the logic that carries out the calculation, we add the formula to the MilesToKMs property.

Are there any limitations?

An inherent limitation of components is that from within a component, we cannot access data sources or objects from the host screen or app. Whilst experimenting with this feature, some areas that I found challenging include the following.
Building logic with many steps that includes behaviour functions can be hard to implement. For example, let’s suppose we want to build a function that converts an image to a base64 string, with a signature that looks like this.

With this type of use case scenario, we would need to develop a workaround to call the JSON logic from elsewhere.

The second challenge is that it isn’t possible to define generic input parameters of type table. As an example, it would be great if we could define a function that returns the specified row from an input table by ordinal number like so:
This would encapsulate the Last/FirstX pattern that we use commonly use.The issue here is that we must define a hard-coded schema for the input table parameter, and therefore, we cannot define functions that accept generic tables.

Despite the minor bugs and limitations, the ‘user-defined function’ feature provides an enormous improvement over what we currently have. I'm delighted by this feature, and it is definitely a very welcome addition to the product. Well done to the Power Apps team for building this feature!
Previous
Power Virtual Agents - How to build and publish a basic chatbot
Next
Data - Excel vs Google Sheets